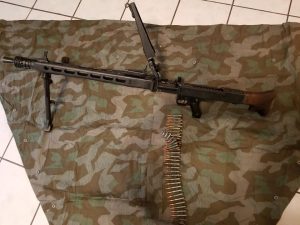 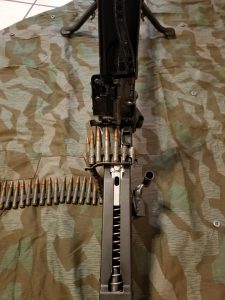 The MG42 is an open bolt, air cooled, belt fed, 7.92x57mm (8mm Mauser) machine gun. It is fed from 50 round, non-disintegrating belts in either a 50 round drum or linked together in a 250 round box. Initial models had a rate of fire of about 1,200 rounds per minute, but this fast rate caused many failures as the rollers on the bolt would sometimes not fully lock before firing. This was fixed by spring-loading the bolt rollers, which lowered the RPM to around 900 and made the gun much more reliable. 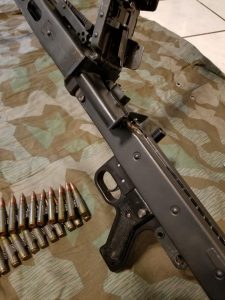 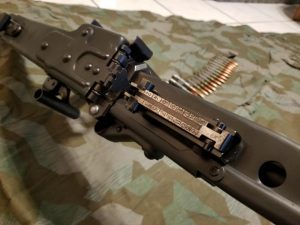 The MG42 was a cheaper alternative to the MG34 in that the receiver and many other parts were made of stamped steel rather than milled like the ’34. However, the ’42 never fully replaced the ’34 in the field or even in production, as the MG34 was still produced to the end of the war. 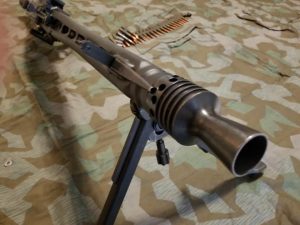 With the MG42s very high rate of fire, the gun ate through barrels at a faster rate than Allied counterparts and MG teams had to carry spares. But also unlike the Allied guns, changing out the barrels was much easier and could actually be done from the prone position behind the gun with use of the door on the right of the receiver, pictured below. The MG42 was such a successful weapon that it has been in use – with various slight changes throughout the years – since WWII with various countries. It’s current generation, the MG3, is still in use by the modern German Army. 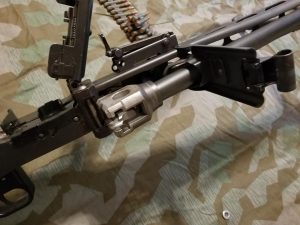 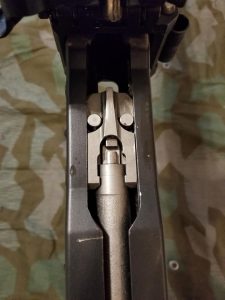 As stated previously, the MG was the most important aspect of the gruppe. Contrasting American tactics, when a gruppe became engaged by the enemy, the squads first job was to deploy the machine gun and establish a base of fire. We will go over German squad tactics in greater detail in a later post. 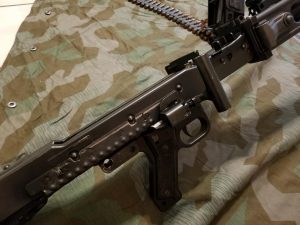