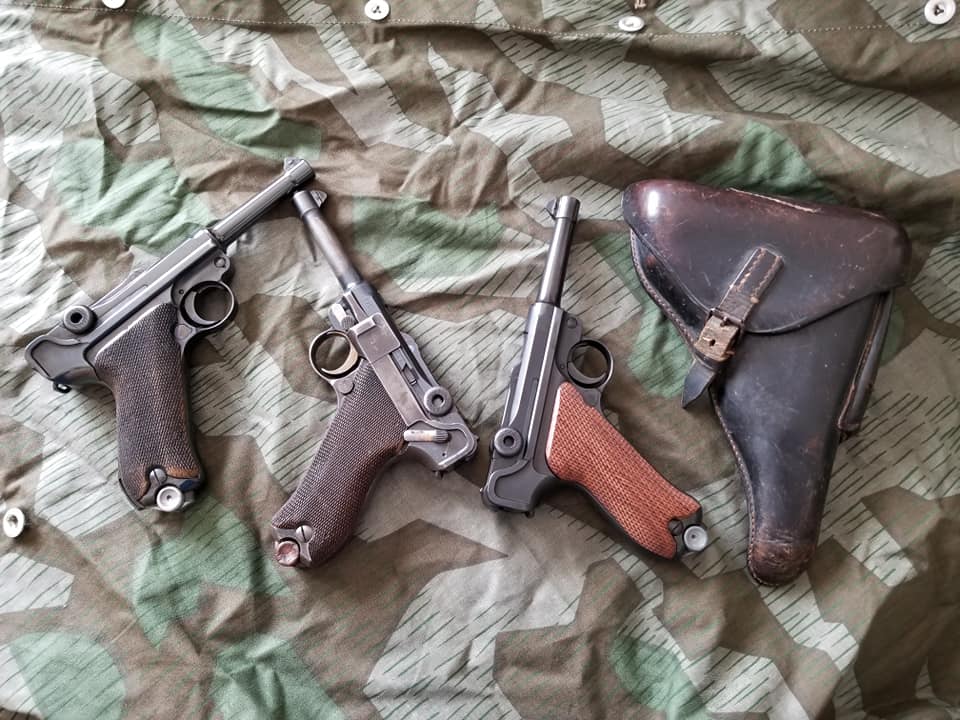 The Parabellum Pistole Model 1908, or Luger as it’s most commonly known, was designed by Georg Luger and was an update from the Model 1900 Luger which was chambered in 7.65x21mm Parabellum, or .30 Luger. The P08 was chambered in 9x19mm Parabellum, being the pistol for which the cartridge was developed, and was fed from an 8 round box magazine, a vast improvement from the top-load stripper clip of the Mauser C96 which was also issued to the German Army during WWI. It saw many years as a standard issue pistol through WWI, the interwar period, and alongside the new P38 throughout WWII until manufacture of the Luger ceased in 1943. 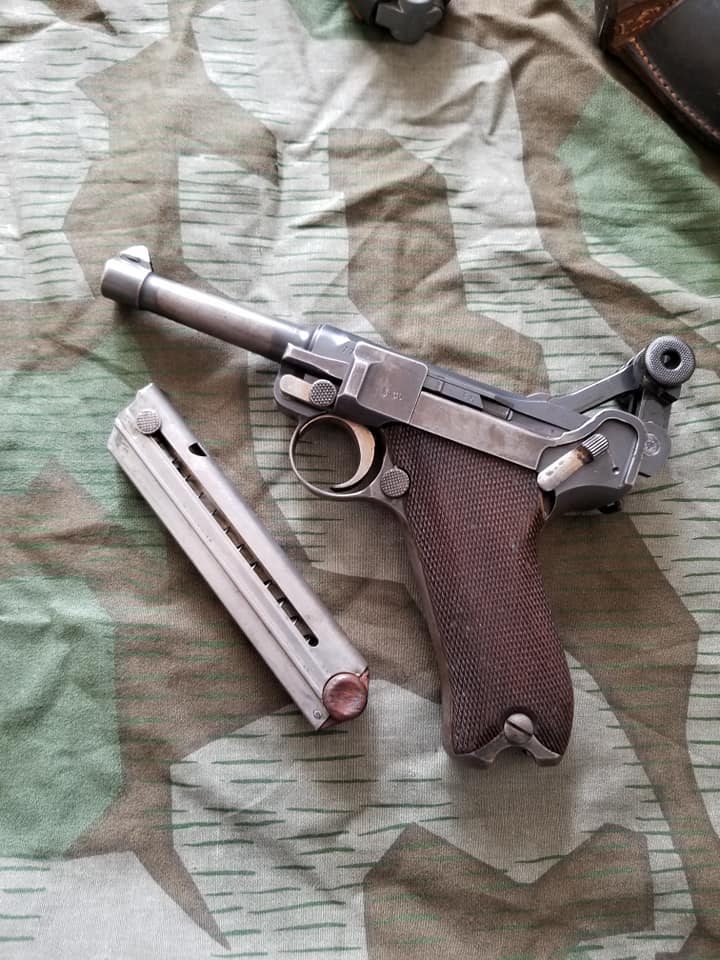 The Luger is very unique in it’s design. Unlike most other semi-automatic pistols, instead of a moving slide and Browning-style barrel that drops to unlock, the Luger has a fixed barrel and a toggle-operated action. When firing, the toggle travels rearward with the barrel, hitting a cam built into the frame, and unlocks upward to eject the spent casing before the mainspring sends the toggle forward to chamber the next cartridge. 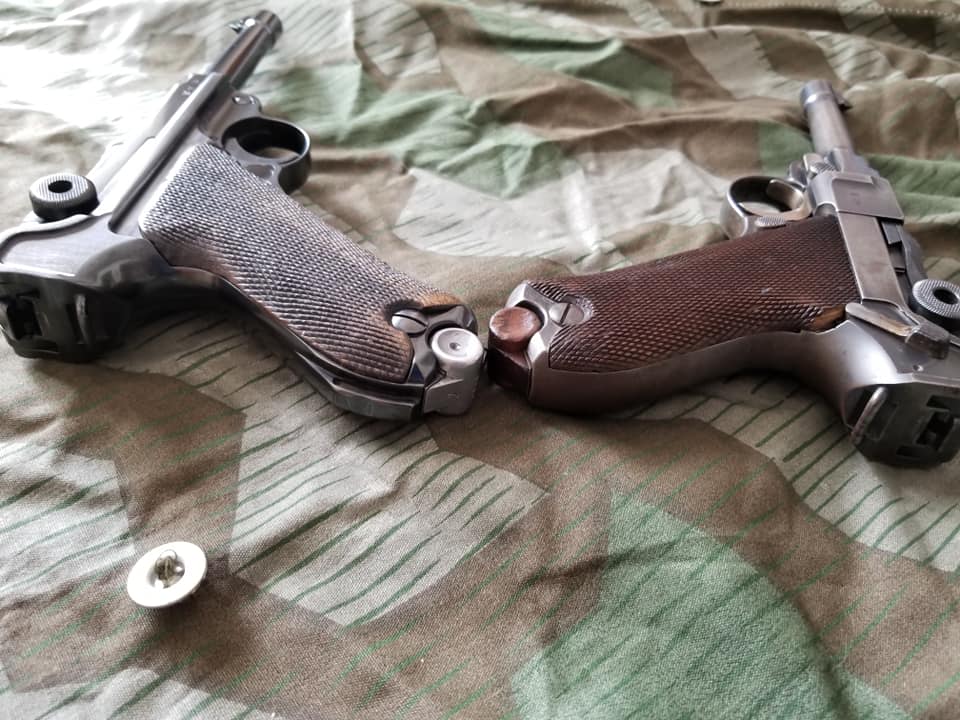 About 3 million Luger pistols were produced between 1900 and 1943. There were many different variations throughout its production, including the standard Army version with 4″ barrel, Navy version with 6″ barrel, artillery version with 8″ barrel and Mauser style “roller coaster” sights, and even a carbine version. 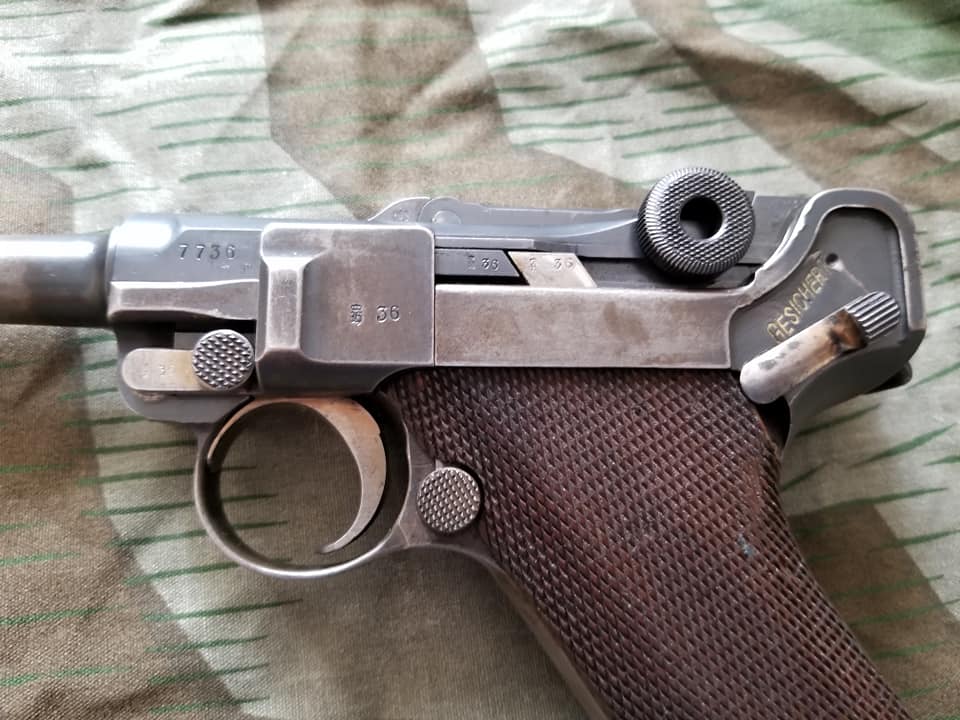 There also exist two further distinctions of Lugers: commercial and military versions. As the names imply, the commercial variant was developed for the civilian market and the military variant had features required by the German military. The military version of the Luger included a last round toggle hold open and a lug on the back of the grip to accommodate a special buttstock, much like the C96 (though some earlier military Lugers do not have a stock lug, like the 1912 Erfurt below). 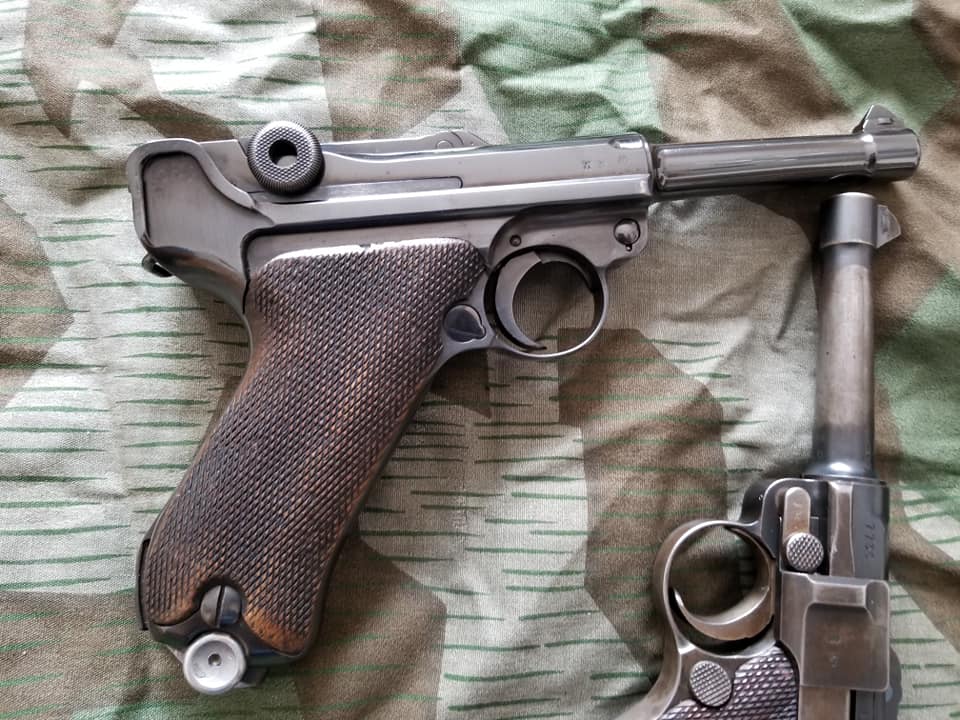 The Luger was a very successful pistol and was used by multiple militaries throughout the early 20th century. In 1907, the United States even held trials testing the Luger as a possible service pistol. These pistols included 1911-style grip safeties and some were even chambered in .45acp. Though it was not chosen for US service, the Luger enjoyed over 40 years of service in the German military and police. With it’s fixed barrel and reliable design, it proved to be an extremely accurate and capable sidearm. 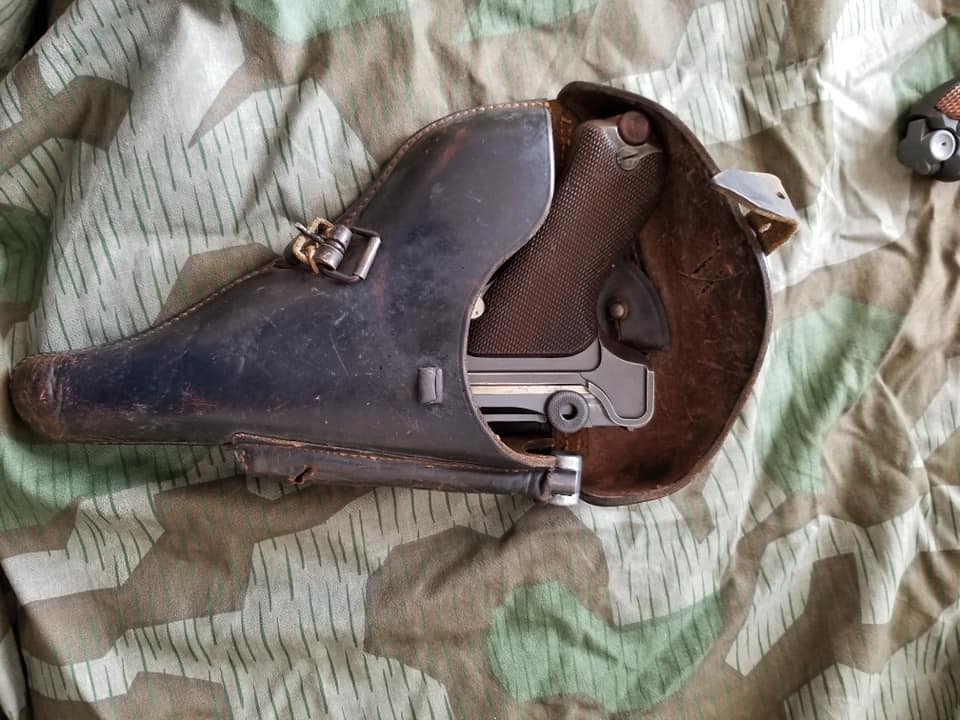 211th’s Lugers: The Luger pistols pictured here are owned by Obergefreiter Lindner. From left to right, they are a 1938 S/42 (Nazi marked and sadly re-blued), a 1912 Erfurt (all original and unit marked from WWI), and a 1908-ish Deutsche Waffen und Munitionfabriken (DWM) commerical model. They are all matching numbers other than the magazines on the 1912 and 1938. May be incorrect on the date of the DWM, but as you can see, it is not date marked. You can see the stock lug on the S/42 but it is not present on the Erfurt, even though it is a military pistol. They are all extremely accurate and functional. 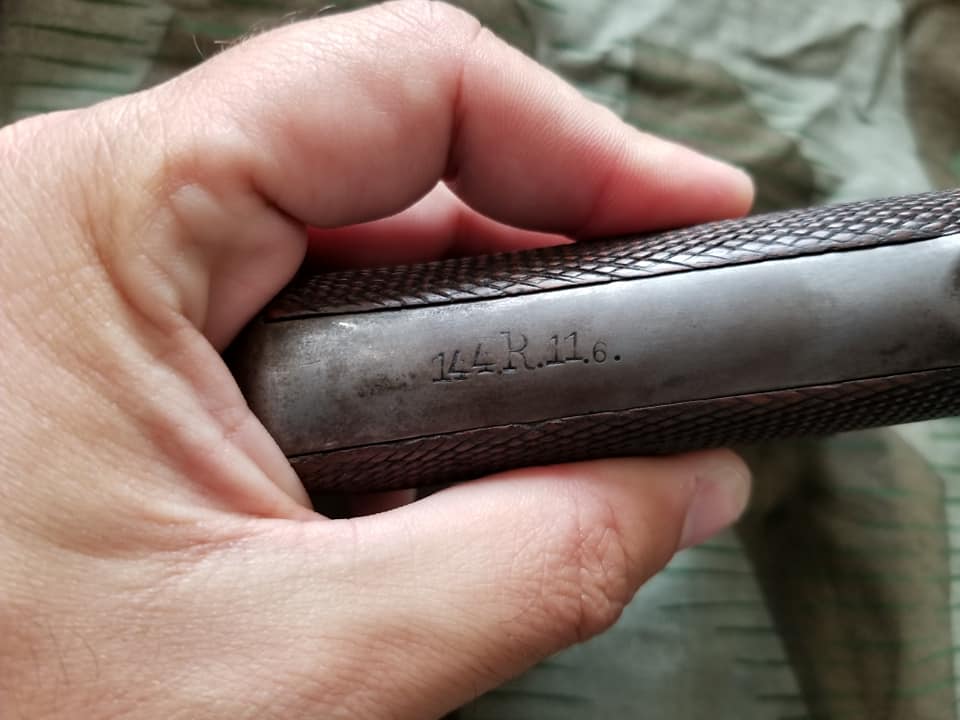